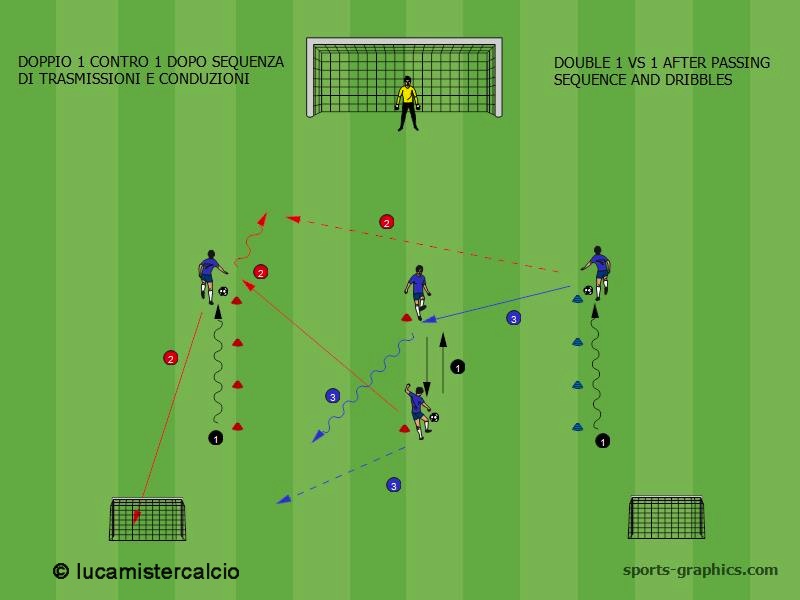 Two outside players dribbles among the cones (red and blue) while two center ones play wall passes (1).

One of two outside players (red cones one here) become attacker at the end of cone’s line and with an estabilished sign, after a change of direction and shoot on goal, receiving a second ball from the center (2).

The player on the other side must pass the ball to center players (3) and then he must run to defend the main goal (2).

Watch the video of this exercise on lucamistercalcio.com channel