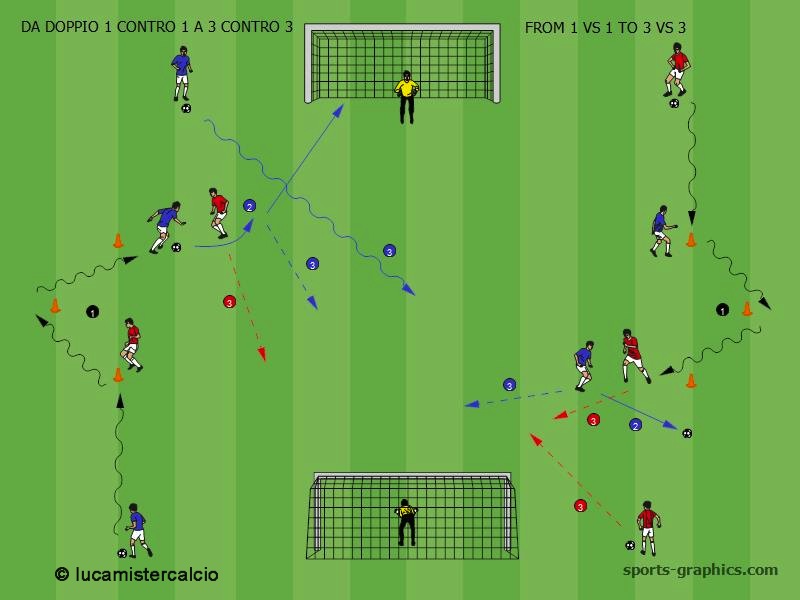 Two players of two different teams (blues and reds) start to dribble freely from opposite sides of the two goals untill the cones; then they go on dribbling and changing directions together to a passive opponent of the other team who must just have defensive stance, body shape and run properly (1).

A double 1 vs 1 is played once they’re out of the cone’s space; each team has an attacker and a defender (2). If the goalkeeper pushes clear the duel can go on; if he saves the 1 vs 1 is over.

If one of two teams wins (the attacker has scored and defender has won the ball) a third player of winner team start to dribble and a 3 vs 3 is now played, with the third player of loser team who becomes defender (3).

If the two teams draw the 1 vs 1 duels, the possession team in the 3 vs 3 is decided by the coach or by one of two goalkeepers.