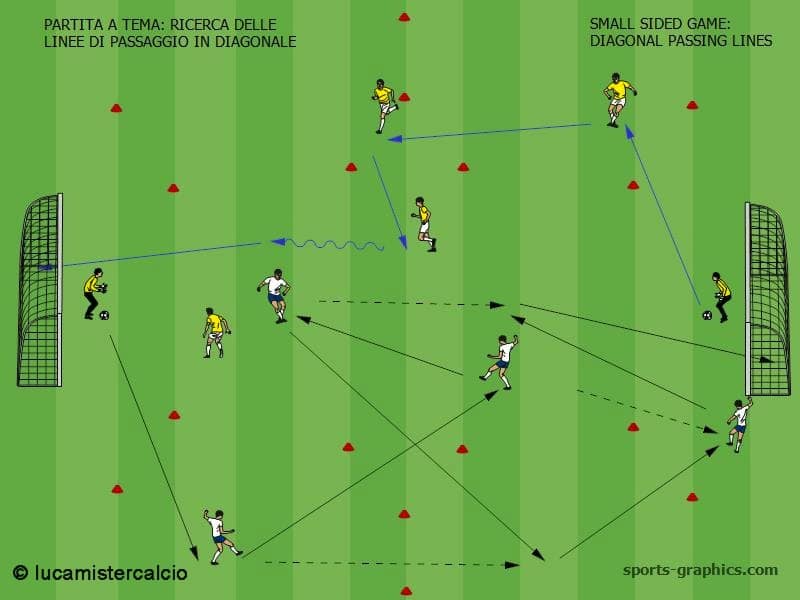 The main goal is playing diagonal passes through the cone gates, building from the back; every completed pass, one point is added to the eventual scores.

In the picture the score of the white team has 4 points value (pass to the outside back player, wall pass in middle, pass on running outside player and then pass deep to the forward who pass back).

The team who wins the ball back, can decide to play directly to score or to play as the main goal of the exercise asks for.

Changes of direction
Scroll to top