Strength, 1 vs 1 and shoot on goal 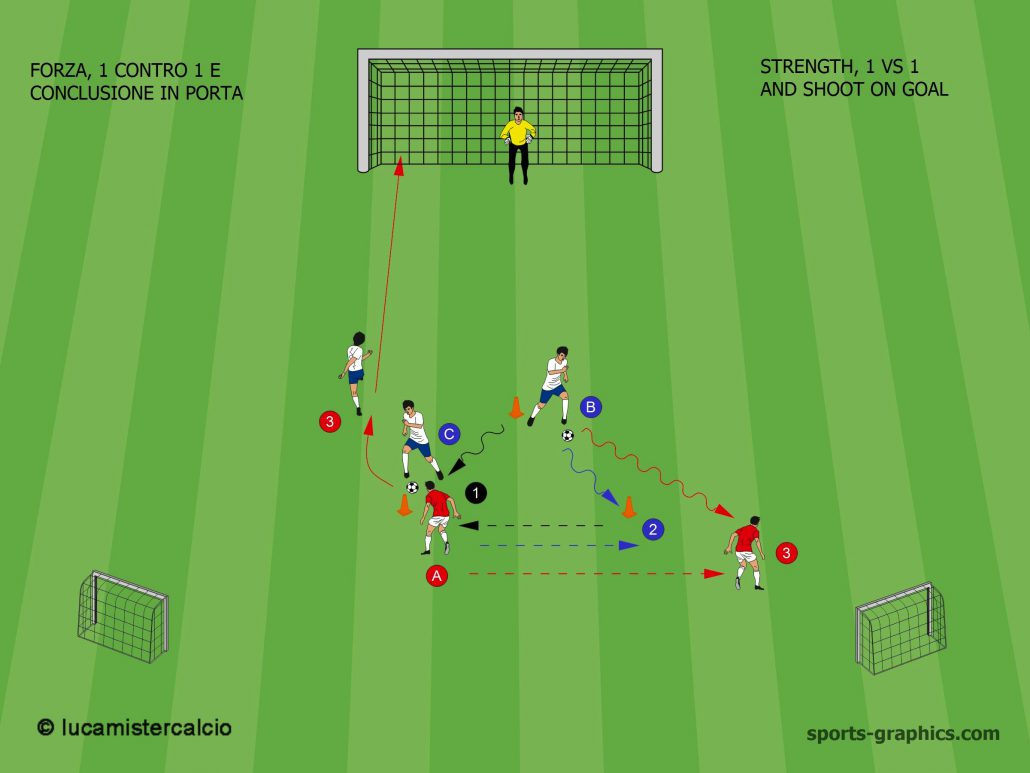 The two players C and B dribble between two sides of a triangle, alternating themselves going and back to the vertex.

The player A must run between the two cones at the bottom of the triangle to be at the corners of the triangle the same time of his two teammates with a right defending placement of his body (example 1 A with C and example 2 A with B).

After a fix number of goes and backs or after a fix time limit, one of the possession player may choose to attack the goal infront of him (3), palying a 1 vs 1 duel against the teammate without the ball A.

The second player in possession must dribble to the cone infront of him and shoot on goal after a change of direction (3).

All the players must change the roles.

Individual technique, shoot on goal and multiple 1 vs 1