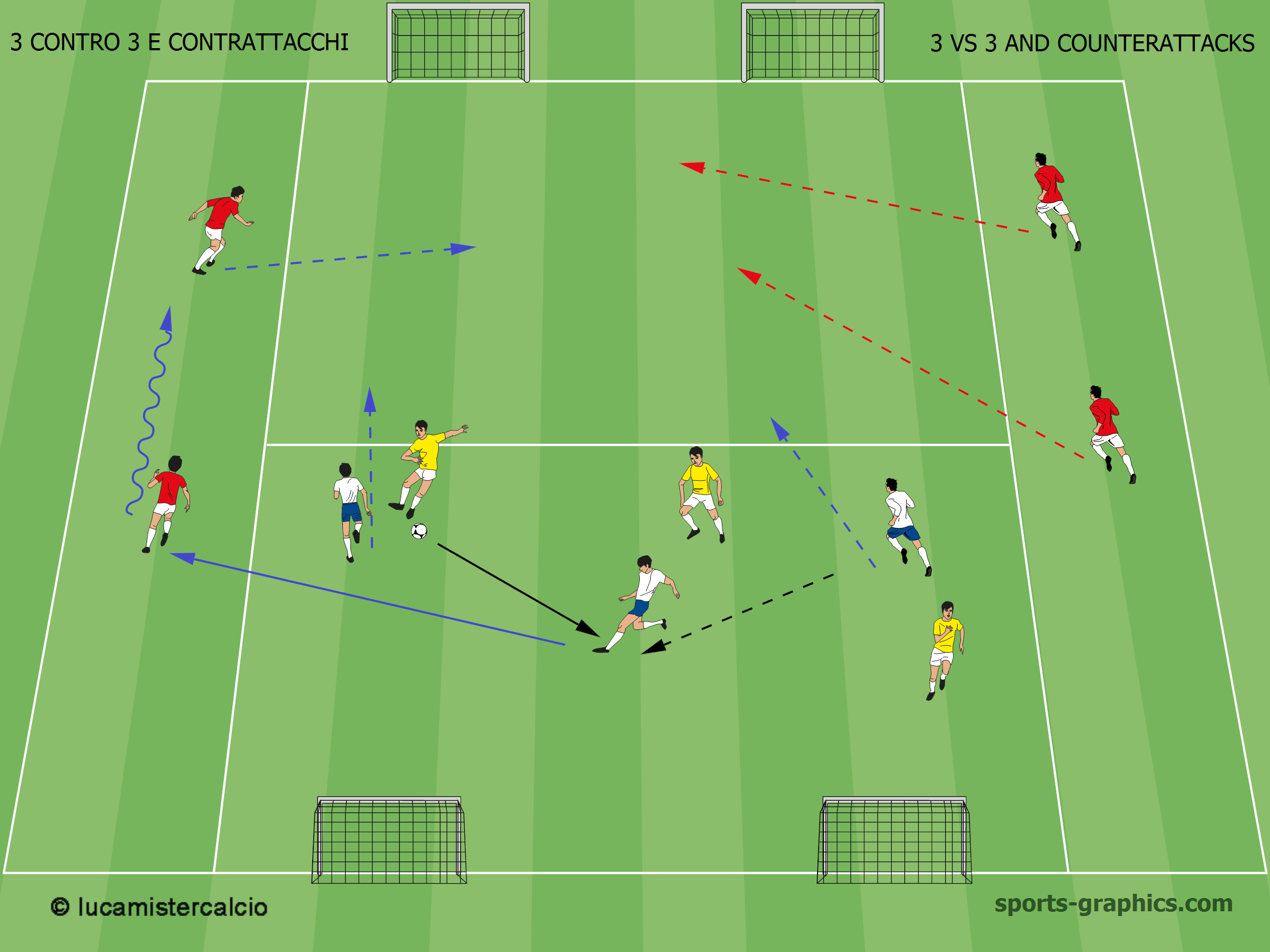 Player A passes deep (1) to his running teammate in the space left free by player B who’s running away from center cone; D receives the ball and dribbles till the vertex in front of him, in the picture (2). D passes to C (3) who will pass to the player E, after a wall […]