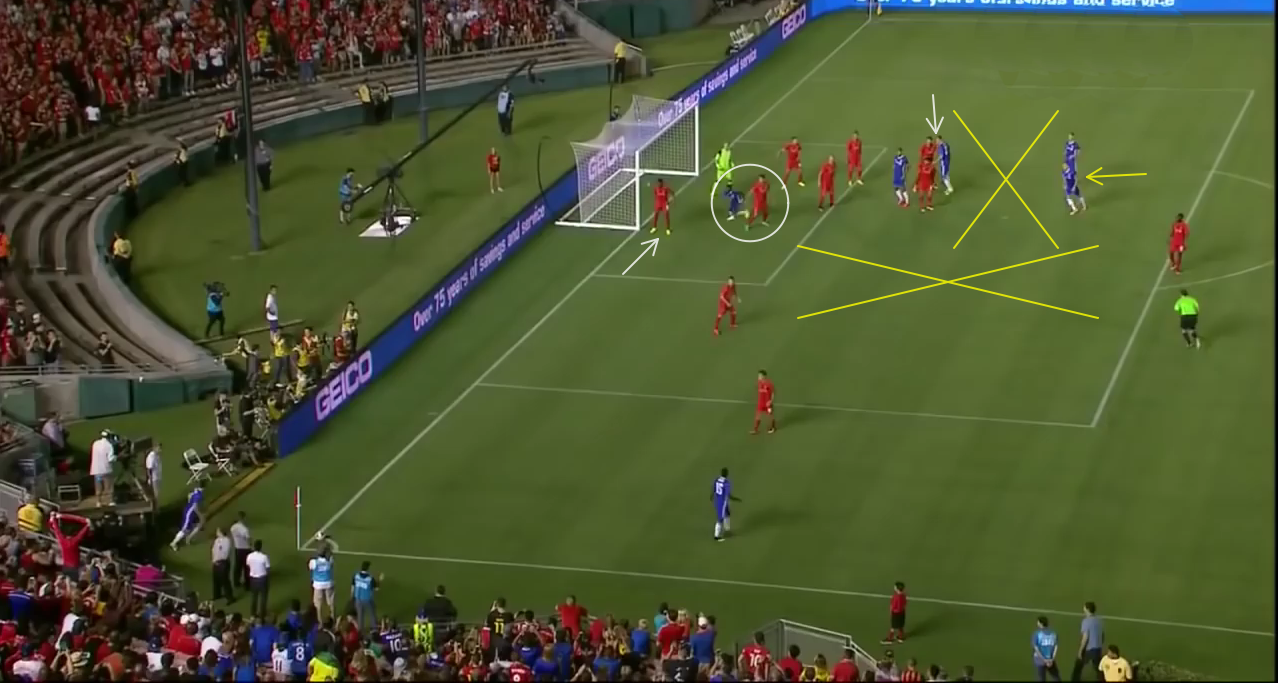 Chelsea – Liverpool (1-0) International Champions Cup 2016. The picture is a screen shot of the corner kick by Cesc Fabregas, which the leading goal of Cahill for Chelsea starts from.

If we analyze the ” defensive behaviors” of Liverpool players, which are in numerical advantage in the box (9 vs 5), we can notice many mistakes of placement and of marking it is not clear the intention of zonal marking, man marking or a mix of those two ways.

The two white arrows are the only two right placements of the defenders: the man on the side of the goal as the corner kick direction is toward the goal marker with his body between the opponent and the goal with the chance to see the ball, the goal and the opponent at the same time.

In the white circle we can see immediately that a first attacker is escaping his marker and the yellow crosses are the free space to attack for two of the most important headers; they are able to choose the timing to attack the ball and the space as they are completely free.

Then Cahill has the chance to to attack the ball freely, against three standing Liverpool’s players; being overnumbered is useless here.

The most important headers of the opposing team shall be always marked with a man on against set pieces to disturb them even before the set pieces are kicked.