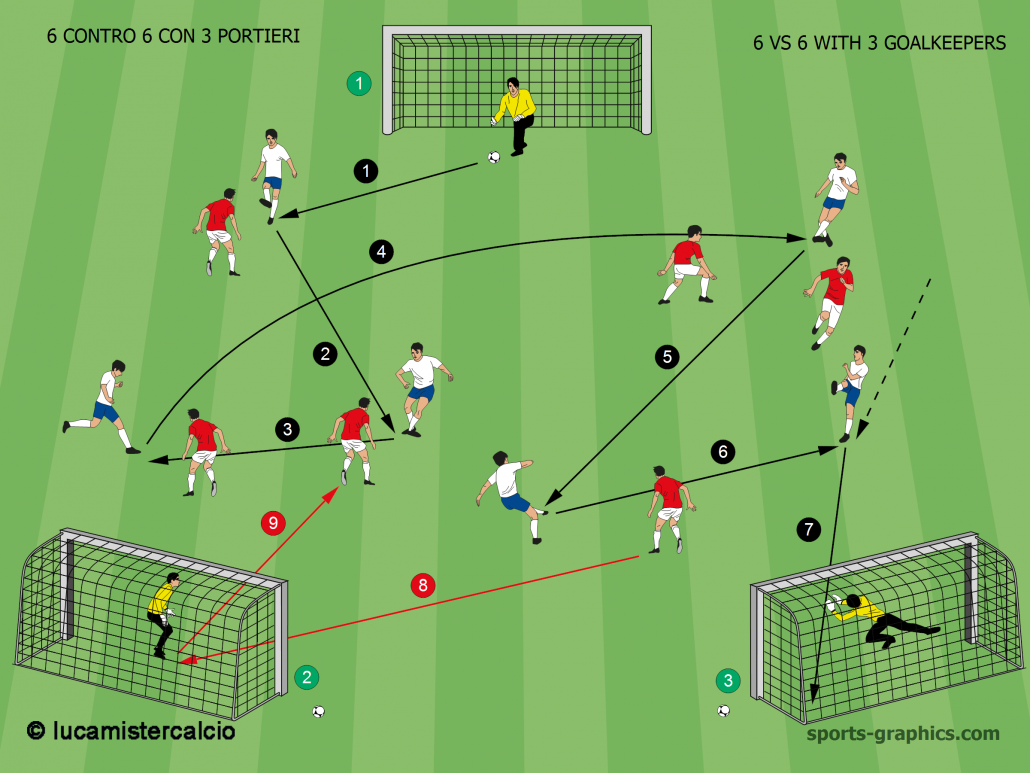 PLAYERS AGE: Youth Academy (U16); U18 or First Adult Team

SEQUENCE: The coach says who must start the game among the three goalkeepers in possession of the ball (1 in the picture) and the other two then send the balls outside of the pitch. The called goalkeeper chooses the team in possession (whites in the picture), which must finish the move shooting on goal toward one of the two other goals; the scores are valid if all the players have touched the ball (1-7). If the defenders recover the possession, they can counterattack and score in one of the two other different goals from the one that they were defending.

Variation: If the defending team, which recovers the ball, counterattacks toward the third available goal, after a build up of play together with the second goalkeeper, who is placed in a different goal from that they were defending earlier (8-9), the score worths double.