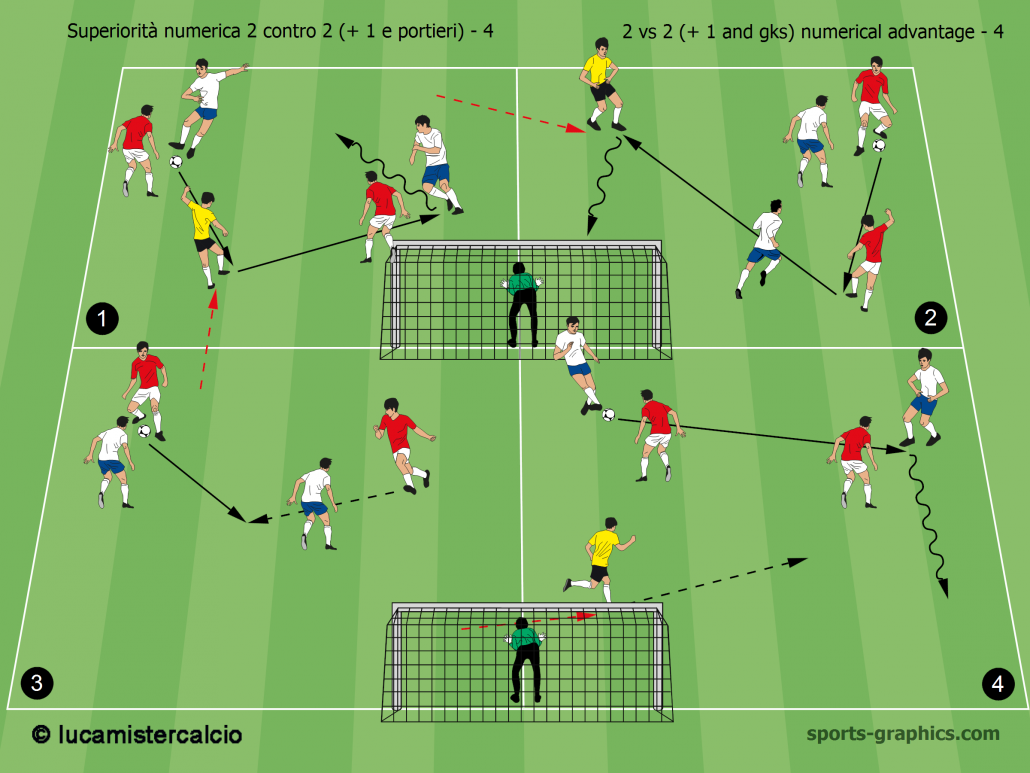 SEQUENCE: Two teams (reds and whites) are divided into four 2 vs 2 duels inside a space, divided into four numbered zones; the dimensions depends on age and level of the players,. Three yellow-blacks free players “run” among the areas, creating situations of numerical advantage for the team in possession; only one duel remains with equal number of players.

The duration of the numerical advantage in each zone depends on the time set by the coach (ex. 10 sec); then the free player must change area and they must leave free (2 vs 2 duel) the square with the called number. The goals scored, shooting toward the regular goals with goalkeepers during the periods of numerical advantage worth double if the passings are alternated among the team’s players and the free players; the goals scored while the duels are 2 vs 2 worth one point.

The goalkeepers must pay attention and try to understand which of the two duels they must look at is closer to finishing stage. If the defending players recover the ball, they can score through combinations with the free ones (the goal worths double) or directly (the goal worths one point). The final result is the sum of all the goals in the four areas. The goalkeepers start the game again if the ball is out of play.