This exercise, which is carried out in a small side space, has the goal to coach the 2 v 1 situations from defense point of view and, moreover,

the movements and the placements of other players off the ball. 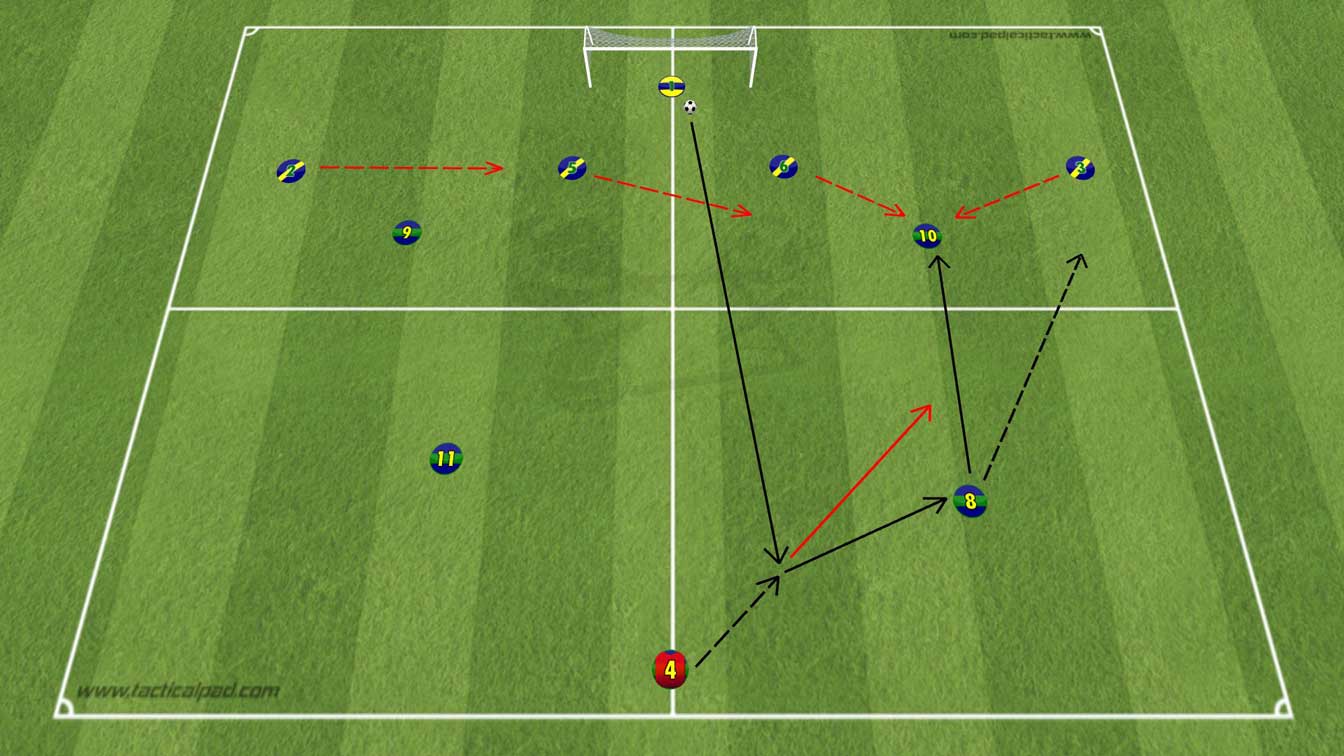 A small sided pitch is divided into four parts with a central regular areas; the different dimensions depend on the age and level of the players (40×30 m is suggested).

2 v 1 duels are played inside two lower areas and two forwards start the sequence in the upper two areas; a free player is placed in the center of the opposite side. The free player decides where to receive the ball from the goalkeeper and pass again toward the first forward (right side in the picture).

The defenders in the corresponding lower area, are playing in numerical advantage 2 v 1, and they must put pressure against the second forward before receiving the ball; two other defenders, on the other side, must replace themselves at the same time, creating a 3 v 2 duel.

The goal of the forwards is to finish as soon as possible. The free player may be a low vertex for the forwards, or another defender to create a 4 v 2 duel.

If the defenders recover the ball, they must dribble it over the opposite end line.

PLAYER TACTIC:
Mark the man on

SECONDARY OBJECTIVES:
Recovery of the possession