These are the sequences at the beginning and before the main team duel to finish: 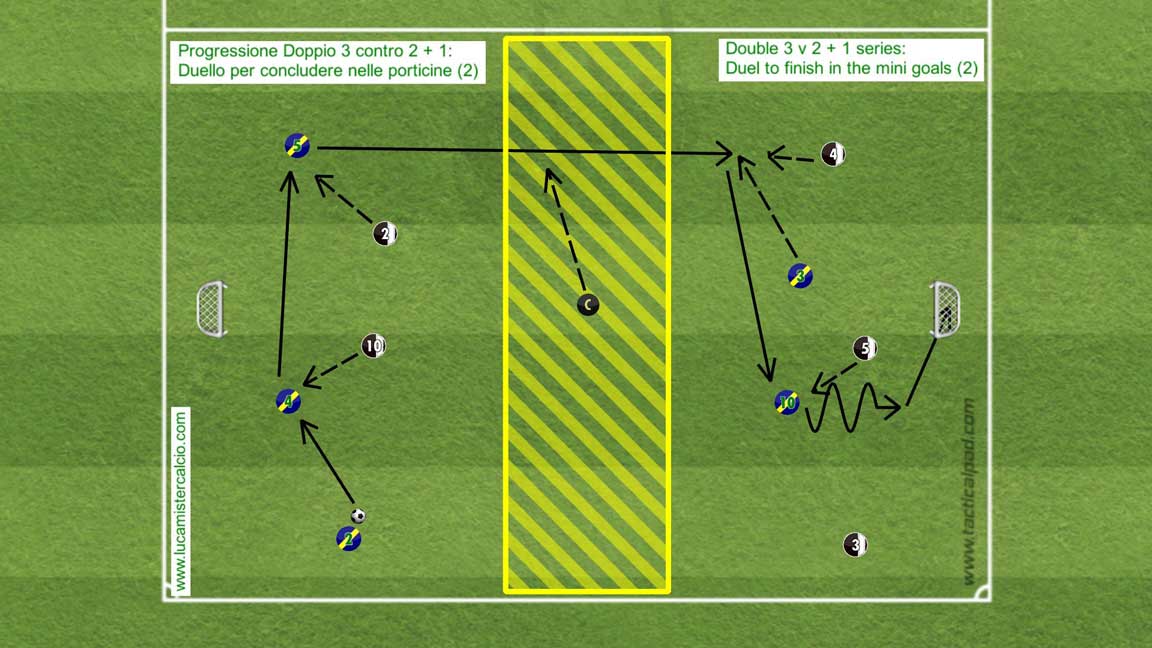 Team duel to build up and play out, to keep the possession and to finish in the mini goals.

The three players of one color are placed in the outer areas of the small sided pitch (depending on the level and the age of the players), and if they are in possession of the ball, they must pass it or dribble it, while they are always moving before and after, and trying to build up with numerical advantage 3 v 2.

The goal is to pass the ball toward the couple of forwards of the same color in the other outer part of the field, overcoming the center free player and passing the ball behind him.

The free player is a support for the defending team as he always try to intercept the passes toward the depth. If the forwards win the ball, they must finish in the mini goal playing 2 v 3.

If the center free player intercepts the ball, he passes it toward the forward of the previously defending team to counterattack and he can play as lower vertex too. Then a 3 v 2 + 1 duel is now created.

If the three defenders win the ball against the two forwards, they can use the center free player as a link player to counterattack; he can now play as a lower vertex again.

The neutral player can be a field player, or a goalkeeper who can also play with his hands.

PLAYER TACTIC:
Free from the marker; Mark the man on, Interception

The attacking mentality of the football player