I run this exercise as main practice in one of the last training sessions with my new U17 Elitè team I am coaching since last 2019 December the 27th.

Some of the players found it a bit difficult, despite I am sure it can be useful for younger boys too.

The main goal was to coach all the players on marking the ball carrier and covering the space at the back, to prevent any through pass, beside their specific roles on the field.

The second goal was to alternate the attacking and defending situations where the players were involved in thanks to continuing transitions to attack and to defend.

The players carried out the exercise in a small-sided space to increasing the rhythm, the switches of roles and the cognitive requirement of the practice.

I must say that the result was good and I think I will look for potential variations and progression to run it again before the end of the season. 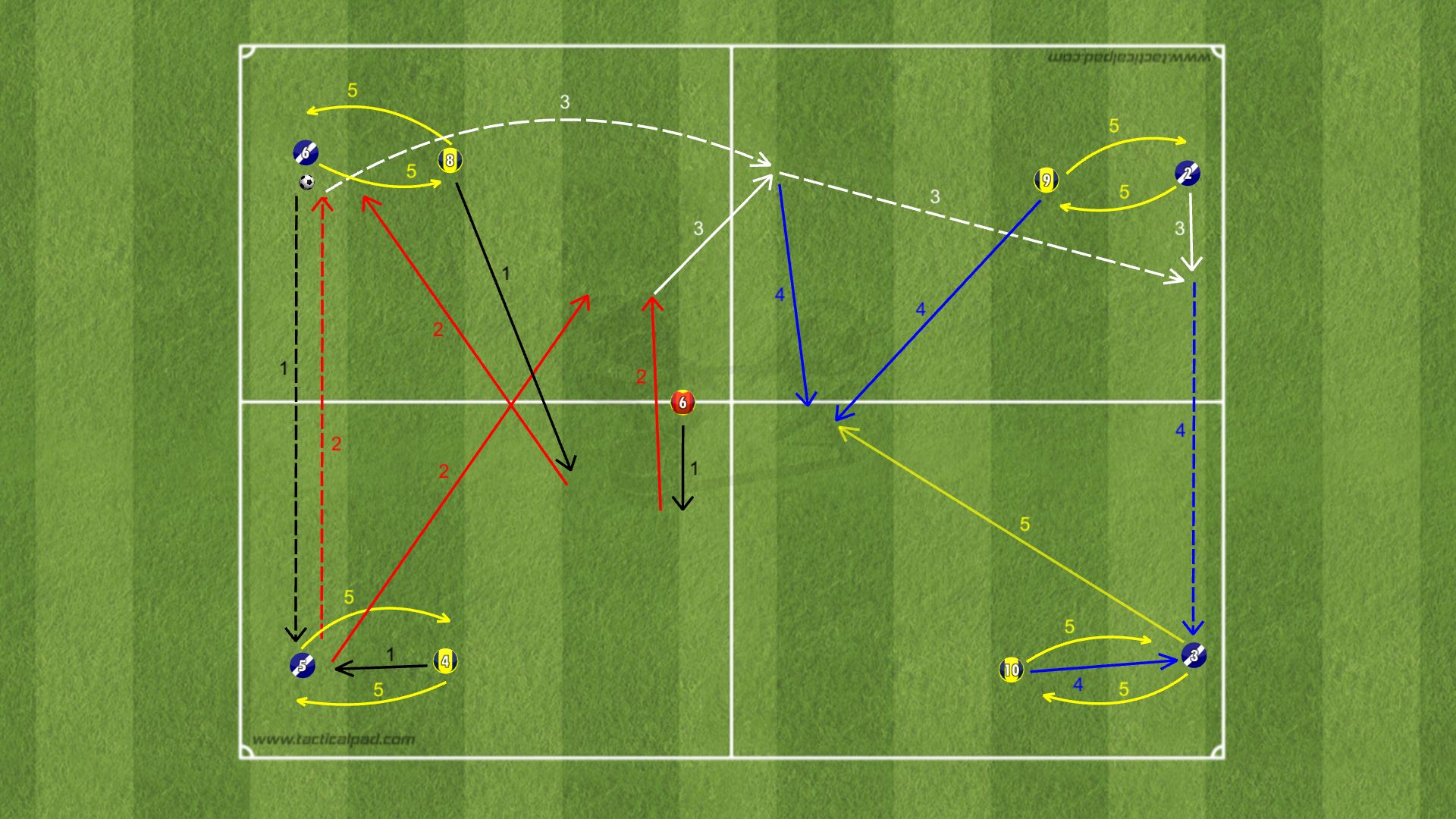 Two teams of 4 players carry out this possession game in a four zones space (the dimensions vary and are concerning age, category, and level of the players). They have outside positions (if in possession) and center positions (if they are defending), as shown in the picture.

The joker (red Num.6) plays along the half-line, but inside the space where the move is taking place. Each 2 v 2 duel is broken down into a 1 v 1 sub-duels within the quarter of field where a player is in possession.

1) Two players of the team in possession (blue), Num.6 and Num.5 pass the ball between themselves and two defenders of the yellow team, Num.4 and Num.8 must alternate marking action (Num.4 v Num. 5), to play 1 v 1 and covering action to close the passing lanes toward the center joker (Num. 8).

2) A defensive movement must follow each pass; in this situation, Num. 8 is marking and pressing the opposition’s receiver (Num. 6) and Num. 4 is covering the passing lane toward the joker (the covering player can run inside in the quarter of the field to follow the ball and the opponents).

3) If the joker can receive, he changes the side toward the opposite half of the area; the players of the defending team try to cover the space, close the passing lanes, and to intercept the ball.

4) Num. 2 and Num. 3 of the blue possession team must pass the ball between them inside the opposite half, and the defenders near the ball must alternate the same defensive actions like their teammates (Num. 10 plays 1 v 1 against Num.3 and Num.9 is covering the passing lane, in this example).

5) When one of the defenders intercepts (Num.9 yellow, in the figure), or wins the ball after 1 v 1 duels, the teams must switch the roles, the player in possession can dribble the ball until the positions are defined. However, the players of the new defending team (Num. 5 and Num. 6, in the picture), can look for immediate recovery of possession, trying to intercept the change of side, which leads to the next sequence.

Note: if a defender kicks the ball out of the space, the coach plays a second ball inside, when players’ positions and roles are defined as attacking and defending teams.

SECONDARY OBJECTIVES: to escape the marker and passing in behind the pressure lines 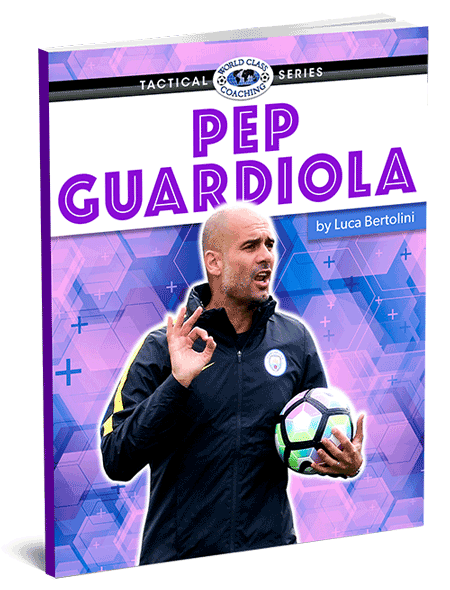